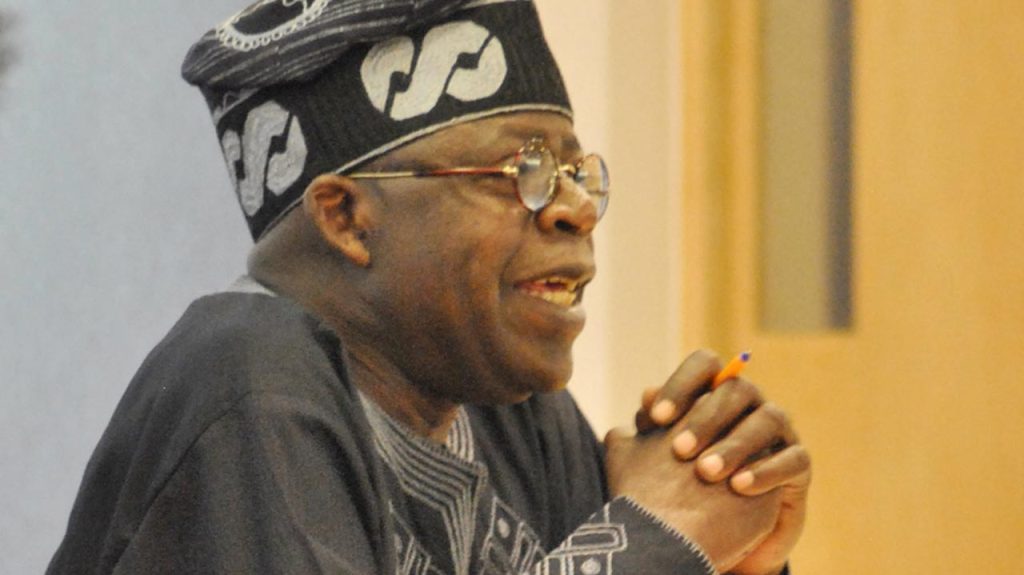 The Arewa Youths Consultative Forum, on Sunday, reacted to the petition filed against the National Leader of the All Progressives Congress, Bola Tinubu, with the Economic and Financial Crimes Commission.

The President-General of the group, Yerima Shettima, while speaking on the development said Nigerians should not expect the former Governor of Lagos state to be prosecuted

Recall that the convener of Concerned Nigerians, Deji Adeyanju, on Friday submitted a petition to the anti-graft to investigate Tinubu over the bullion vans spotted at his residence during the 2019 Presidential and National Assembly election.

Adeyanju while speaking on the decision said, “To the best of our knowledge, Mr Bola Ahmed Tinubu is a private citizen who ordinarily should not be seen with a convoy of Bullion Vans.”

“The commission would recall that it was reported all over the news that Bullion Vans allegedly containing an undisclosed amount of cash were seen entering the home of Bola Ahmed Tinubu, former governor of Lagos State on the eve of Nigeria’s presidential elections. Tinubu himself admitted to this fact while responding to questions by journalists.”

The activist asked why Bullion Vans should be at the residence of Tinubu. He further demanded the owner of the content in the Bullion Vans, believed to be cash.

He called on the commission to commence an investigation into the appearance of those Bullion Vans at Tinubu.

Adeyanju stated that Nigeria cannot have two separate rules for fighting corruption, one for those opposed to the ruling party and another for supporters of the government.

Shettima in his reaction said the anti-corruption body may not investigate the National Leader of APC because of his affiliation with the ruling party.

According to Shettima: “It’s an allegation and all Tinubu needs is to come forward and make clarifications and I just hope that the so called institution which is the EFCC would do the necessary thing by looking into the issue.”