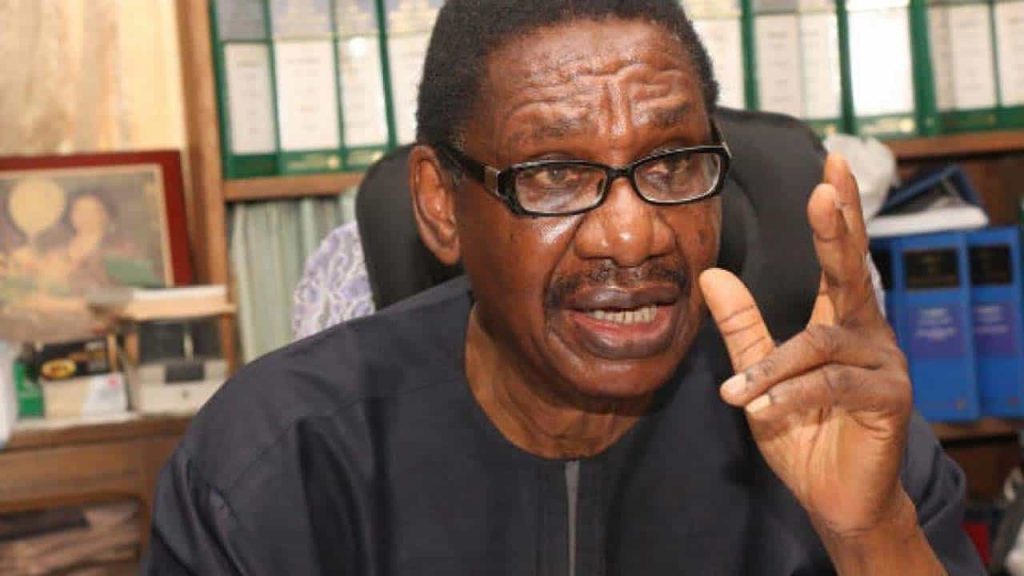 The chairman of the Presidential Advisory Committee against Corruption (PACAC), Professor Itse Sagay, has backed the establishment of the South-west security outfit, Operation Amotekun. reports that the Attorney General of the Federation and Minister of Justice, Abubakar Malami, had asked south-west governors to disband the security outfit.

He said that no other authority at the state level, whether the executive or legislature has the legal authority over defence.

“The setting up of the paramilitary organization called “Amotekun” is illegal and runs contrary to the provisions of the Nigerian law.

“The Constitution of the Federal Republic of Nigeria 1999 (as amended) has established the Army, Navy and Airforce, including the Police and other numerous paramilitary organisations for the purpose of the defence of Nigeria.

“As a consequence of this, no State Government, whether singly or in a group has the legal right and competence to establish any form of organization or agency for the defence of Nigeria or any of its constituent parts,” Malami said.

Wedding planner kills self after married lover jilts her

Yahoo Boy Who Bought N125m Houses During His NYSC, Confesses