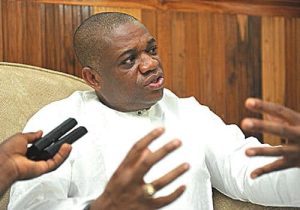 Senator Orji Uzor Kalu (APC-Abia North) has vowed to appeal the judgement of the Abia State Election Tribunal that voided his election into the National Assembly reports that the National and State Assembly Election Petitions Tribunal sitting in Abia State nullified Kalu’s election on Monday, September 9.

This online news platform understands that the tribunal also ordered a re-run election for the Abia North Senatorial District. reports that Senator Kalu is the Chief Whip of the 9th Nigerian Senate and a former governor of Abia State.

Senator Kalu is representing Abia North at the National Assembly on the platform of the All Progressives Congress (APC), Nigeria’s ruling party.

Reacting in a statement by his media office, the former Abia governor urged his supporters not to lose hope.

He charged members and stakeholders of the All Progressives Congress (APC) to remain strong, steadfast and law-abiding.

“The PDP candidate, Ohaubunwa, is not popular among the people and as such, my victory in the national assembly poll as a landslide.“Any day, any time, the APC will defeat the PDP in Abia North Senatorial District.“At the appropriate time, my mandate will be restored”.

Tinubu Said After Meeting With Buhari In Abuja